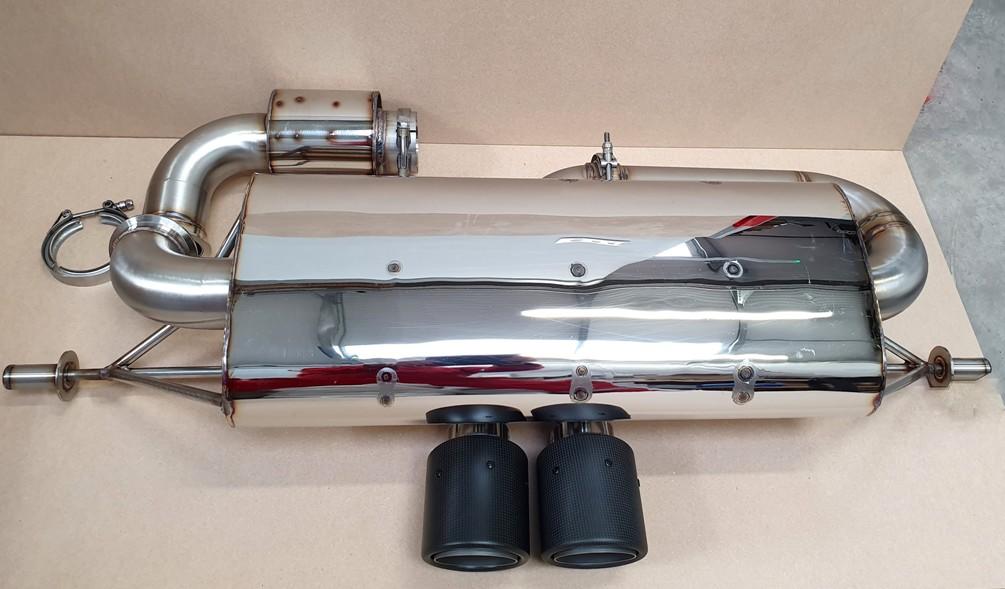 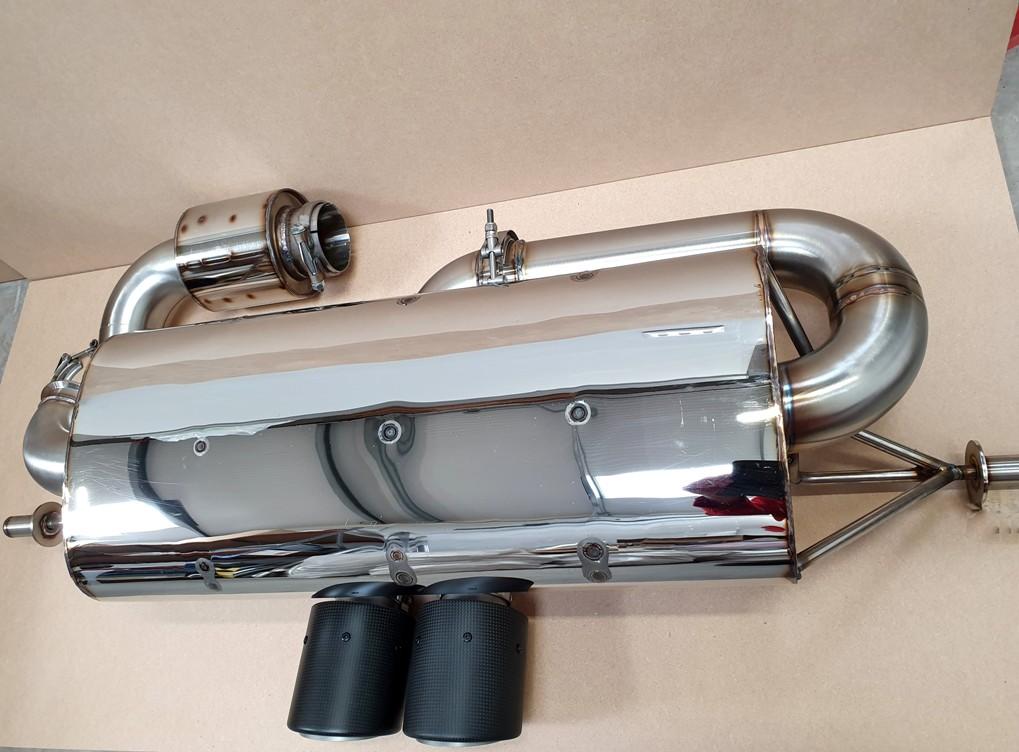 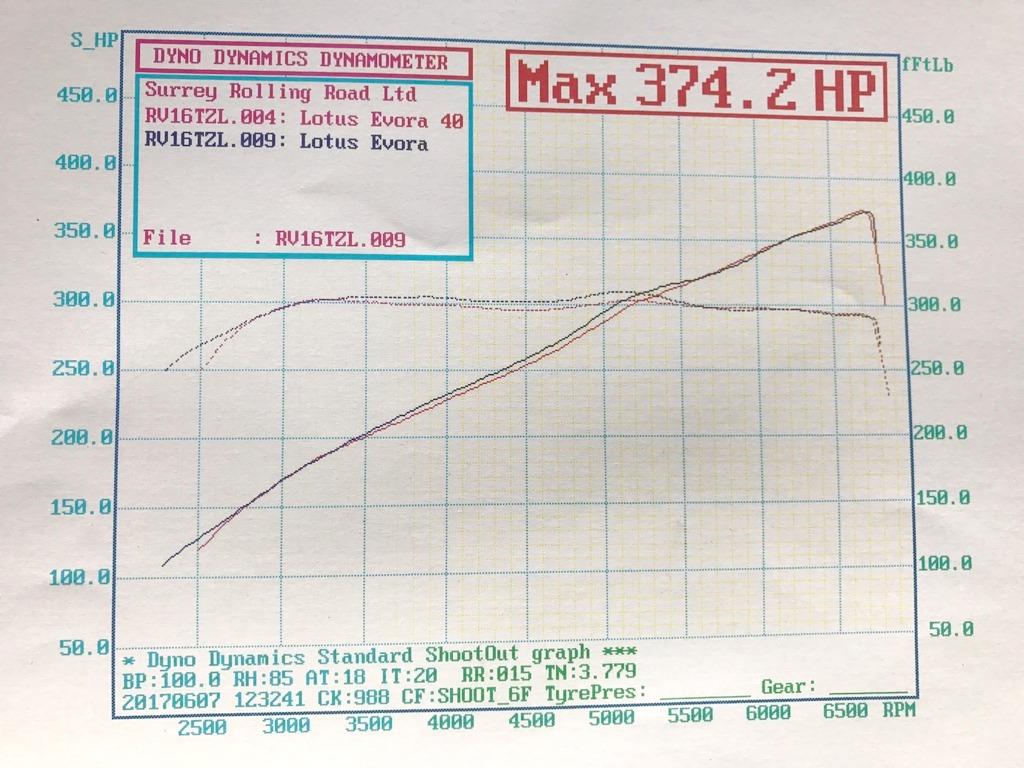 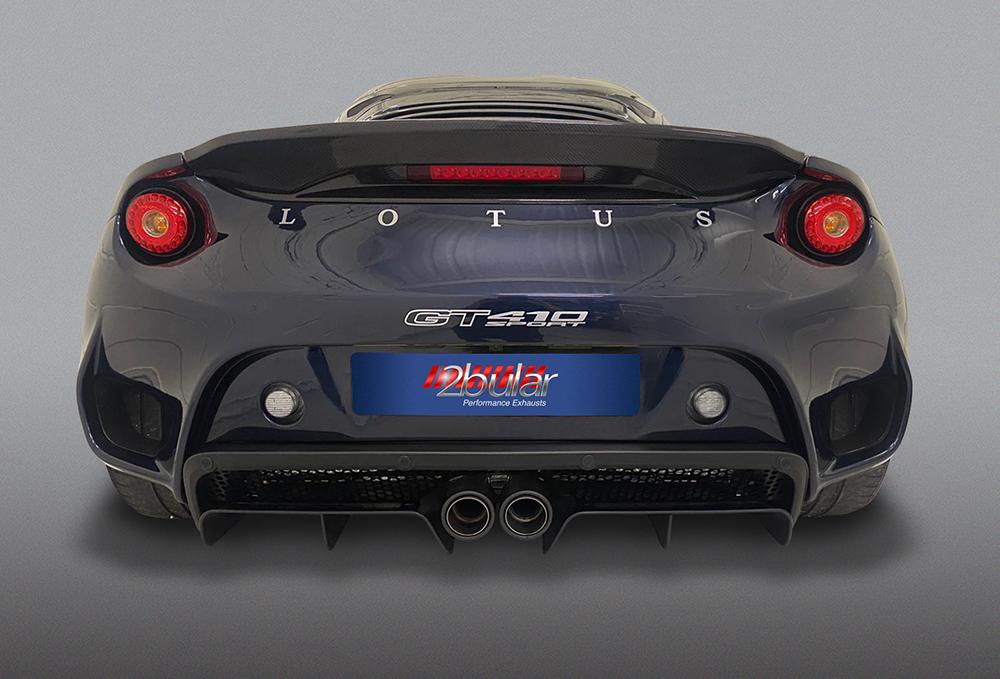 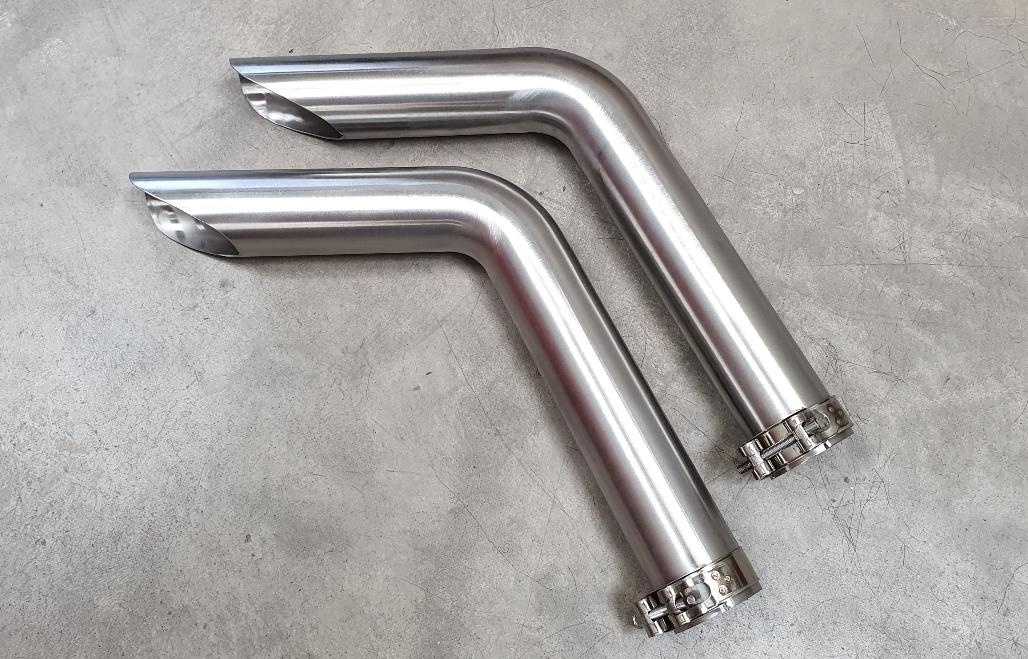 If you want to track your car on a UK circuit, you need a big silencer. This one is (265mm x 135mm) and 610mm long. It is a quieter version of the smaller 200mm x 125mm) 558mm long non-valved Lightweight system. You can still save weight (important for Track use)and you get rid of the exhaust valve and its associated pipework and packing materials (always advisable!).

I have added the unique 2bular Silenced De-Cat Pipe (SDCP) to this system as standard and it has tested at Goodwood; reading 98dbs one week and 102dbs the next. No, the packing hadn't blown out - it doesn't have any! Just a demonstration of how hit-and-miss drive-by noise-testing can be with the weather conditions playing their part.

I can supply a couple of tailpipe diverters to help reduce the sound hitting the trackside microphones. Spreading the sound energy down/across the tarmac is a great way of dropping 2 dbs at least. You can rotate the individual diverters left/right or both left or right depending on microphone positioning. Distance kills decibels so find out which mic (or mics) is closest to the trackside and rotate the diverters/add-ons away from it(them). For instance at Brands the mic on the outside of Clearways (when you are at full welly coming on to the straight), is the one which will get you thrown off for excess noise, so point both tailpipes infield. At Bedford, it's best to have one tailpipe pointing left and the other to the right - but still pointing downwards. Split the decibels between mics.

Same with the new 350mm 2bular add-on tailpipe silencers. They can bring the decibel count down to approx 95dbs. If you want quieter than that(!) - you must fit the 2bular QP SYSTEM. The add-ons are not suitable for Road use. See the separate page for details on these parts.

A lot of internal handiwork on this silencer with its hand-rolled core pipe and 4 resonance chambers helping to reduce/cancel the noise and Carbon tailpipes reducing the weight even more. IT IS A STRAIGHT-THRU SILENCER SO THERE'S NO DANGEROUS BACK-PRESSURE INTRODUCED OR ANY POWER LOSS.

The chambered SDCP is a slip-on fit to the 3" (76mm) factory downpipe. I use a V-band at the join between SDCP and the system. No unsightly leaks over the anti-roll bar heat-shield. The tailpipe module, with its beautiful merge collector running below the oval silencer and its V-band to the system pipework is a unique feature of 2bular V6 exhausts.

As mentioned earlier, this is a straight-thru exhaust and loses no power compared to the factory system. Check the dyno-graph comparing the 2bular 70mm with the factory 76mm - a small gain for the the 2bular and that's before the ECU had time to adjust to the increased boost of the smaller bore. Any firm offering an aftermarket 3" (76mm) system for these cars has obviously not done any dyno R&D! 3" bore - lose boost - lose power.

If you have ordered the 2bular EPK to go with this system you will not be able to fit the SDCP as there will be a catalyser in the way!  Select 'H2 silencer only' in that case.