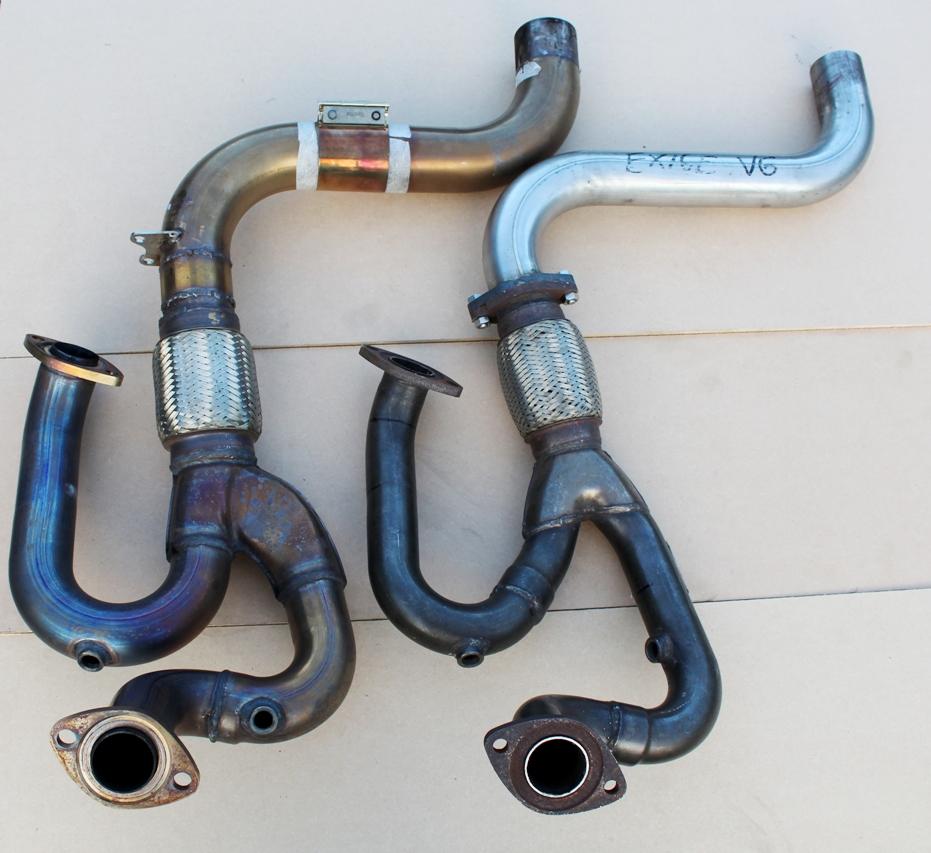 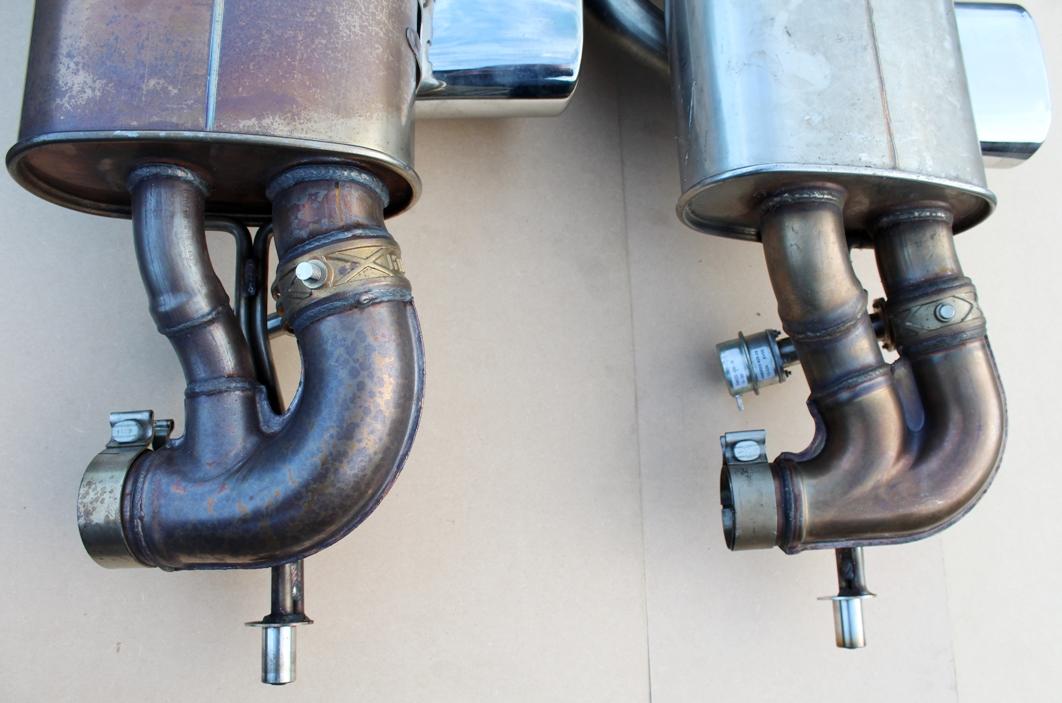 Many Exige 380/401/430 and Evora 410/430 owners are new to Lotus and I'm using this page to give some information on their present exhaust design. The differences between the early and later systems are: Early downpipes - 51mm diameter. Later downpipes - 60mm. Check out that 2-1 merge collector on the later design - almost a T-junction! Flattened for clearance too - not great.

All of these pipe diameter increases are to reduce the exhaust back-pressure. Those UTC's (Ultra Thin Catalysers) in the factory manifolds/headers are under increasing stress with every new model released and the attendant power hike. We're up to the "430" models now! They can't remove those manifolds/headers, (much as they would like to!), so they open up the exhaust further down the line to reduce the stresses. Unfortunately, bigger-bore exhausts are harder to control noise-wise.

Early silencer: check out the comparison images. The valve merge pipe on the early cars appears to be more efficient flow-wise. Both pipes are 63.5mm, ALTHOUGH THE VALVE 'CLOSED' PIPEWORK REDUCES INSIDE THE SILENCER TO 54MM.

Later silencer: again, looking at the comparison images. The valve merge pipe has a smaller(!) "closed" pipework - 48mm. With a connection to the larger/LOUDER 76mm merge pipe, they had to keep it smaller/quieter than the earlier 54mm design to help pass the EU drive-by noise test. So with the exhaust valve 'closed' - your Supercharged 3.5Ltr V6 is breathing through a Nissan Micra pipe bore!

Some Evora S owners would like to have the exhaust sound of the 400 series and any exhaust fabricator can make that 3" (76mm) system fit to their 2.5" (63.5mm) link pipe BUT if they want the authentic 400 sound they ALSO need to fit the 2 3/8" (60mm) downpipes. Do that and you wouldn't need to modify anything, just a straight swap - and with the bigger-bore pipework you would lose a LOT of boost and power - so you STILL wouldn't sound like a 400 series motor. ;-)